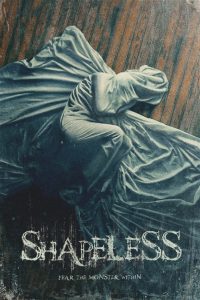 Shapeless follows Ivy, a struggling singer in New Orleans, who is trapped in the hidden underworld of her eating disorder and must face her addiction—or risk becoming a monster. Kelly Murtagh, Bobby Gilchrist, Jamie Neumann, Marco Dapper, Erika Ashley, Gralen Bryant Banks, and Zardis Nichols star in the film, which was directed by Samantha Aldana.

XYZ Films will release Shapeless on VOD platforms on February 10th. Check out the trailer below.