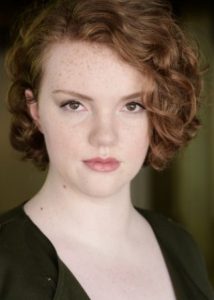 You may not recognise her name at first, but you’ll probably know Shannon Purser as Barb from the hit sci-fi series Stranger Things. She has joined the cast of John R. Leonetti’s Wish Upon which also stars The Conjuring’s Joey King and Raegan Revord (Modern Family, Grace and Frankie)

John R. Leonetti directed 2014’s Annabelle and is also behind the Manson murders-inspired home invasion thriller Wolves at the Door. Wish Upon is another horror film, but falls into the fantasy genre as it follows a girl who discovers a box with magic powers. We are thinking it is going to share similar themes to the mythological story of Pandora ’s Box, what do you think?

Wish Upon is currently in pre-production, so keep your eyes peeled for a trailer soon.