Things seem to be moving along nicely with Shane Black’s The Predator, with AFP reporting that shooting is likely to begin as soon as this October.

A present-day sequel to the 1987 original, the film has been pencilled in for a March 2nd, 2018 release date by 20th Century Fox, who are looking to relaunch the series as an event franchise in the mould of Alien. Black, who played Hawkins in the original, told AFP that his new vision will be “…significantly bigger” than any of the previous three Predator films.

“To the best of my knowledge, the train is rolling,” he told the site. “It took some convincing because they’ve been putting out these movies all along with a $50-60 million budget, and they all had a guaranteed return. But there was never the sense that it was an event picture. It was more like ‘I understand another Predator is coming out — maybe we’ll see it maybe we won’t.’” 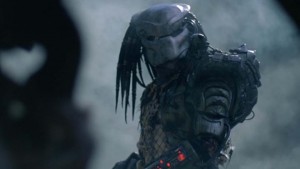 Black vaguely addressed the question of Arnold Schwarzenegger’s return last month, saying that “I think it’s something we’re looking into.”

Hopefully some casting news will start to emerge in the coming months. We’ll keep you posted.