Shane Black talks The Predator, and the Possible Return of Dutch 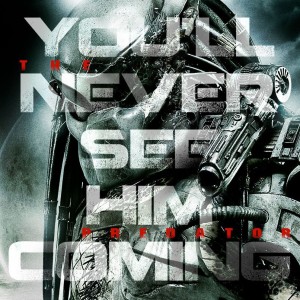 Ahead of production on his Predator sequel, director Shane Black has talked to Collider about his plans for the film, and the possible return of a certain former Governor.

Black, who played Hawkins in the 1987 original, and has since directed hits such as Kiss Kiss Bang Bang and Iron Man 3, previously told the site that 20th Century Fox brought him back by pitching it as an event franchise on the level of Alien or Iron Man.

“I’m working on the script, and barring an act of God, a safe from the sky, there’s nothing that suggests it won’t be [my next film],” he told Collider this week, before addressing the issue of whether or not Schwarzenegger will return as Dutch. “We have not talked about it, which is good because I’m not supposed to talk about it anyway. Not supposed to talk about details of the script. And I shouldn’t.” When pushed though, Black says: “I think it’s something we’re looking into, and as this thing evolves and takes on more of a shape, we’ll figure out how best to honour the tradition of what is really a remarkable first movie.”

Black also confirms that “This one will be set in present day”, meaning that, come the film’s scheduled March 2nd, 2018 release, 31 years will have passed since the events of the first film. How will this determine the plot? We’ll find out in a couple of years. It’s gonna be a long wait.