What We Do in the Shadows TV Spinoff in the Works

With the werewolf-focused What We Do in the Shadows sequel We’re Wolves still very much on the cards, it looks like a small-screen spinoff of the hilarious vampire mockumentary could also be on its way. 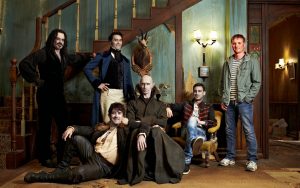 Back in August it was reported that creators Taika Waititi and Jemaine Clement (who played both Viago and Vladislav in the film) had pitched a spinoff entitled Police Ten 7, which would focus on the original film’s weak-willed police officers, Mike and Karen. Clement said at the time however, that he was told “before we even handed it in that there’s no money for comedy [on New Zealand TV]”. Perhaps due to the success of Waititi’s latest film, Hunt for The Wilderpeople (New Zealand’s most successful homegrown film ever), or his high-profile gig directing Thor: Ragnarok, investors have apparently seen the light, as the series looks to be moving forward.

Now titled Paranormal Event Response Unit, the show will follow cops Mike and Karen as they try to keep Wellington safe from various monsters and spooks. The series is set to comprise of six 30-minute episodes, and will air on New Zealand channel TVNZ 2. 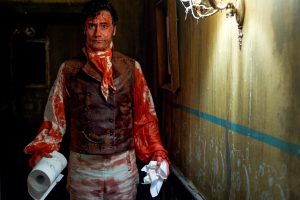 It is too early to know which of the film’s main cast may appear (besides the two incompetent officers), and there is no word yet on when the series may be unleashed worldwide, but with the comedic genius that invariably comes from a Waititi/Clement collaboration, this is cause to be very excited indeed.