Under The Shadow is Getting the Remake Treatment

It’s only just had its debut at the Sundance Film Festival, but the Iranian supernatural drama is already rearing up for an English-language remake. There is no word on who will direct, write or star in the new film, but the film’s original director Babak Anvari will be on-board as an executive producer. 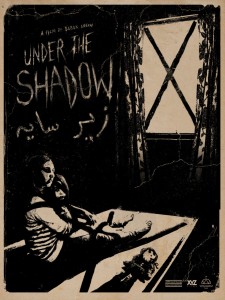 Synopsis:
Set in 1988 Iran, during the bloodshed of the Iran-Iraq War. Shideh and her daughter Dorsa start to believe their family home is haunted by “djinn” — evil spirits that are trying to steal their most prized belongings, including a treasured cloth doll.

Obviously, the setting of the remake will have to change, with the new story set to be told during the Blitz of London. Anvari is currently working on a new film for XYZ and Wigwam films – who will be producing the Under The Shadow remake – but, the plot is being kept under-wraps, for now.