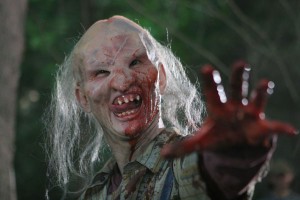 We’re not sure how many films of the Wrong Turn franchise you might have seen, but their up at a grand total of six films now, some good, some bad. If you are a follower of the gory and inbred films then you’ll be pleased to hear that a seventh film is coming.

The team behind Wrong Turn have created an official Facebook page for the film and also promised that the film will be ready for release in 2017. That’s quite a while to wait, but you can spend that time catching up with the other six if you haven’t already.

No official details about the plot or characters have been revealed, but if we’re guessing based on previous films then we’ll see a group of teenagers making a trip through the woods only to stumble across some murderous and ravaging hillbillies.

We’ll update you as soon as we know anything, but in the meantime, you can check out their Facebook page: