Sequel to The Night Brings Charlie is in the Works 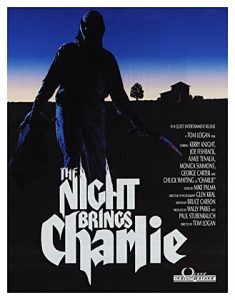 The Night Brings Charlie is far from a classic, but the 1990 slasher is set to receive a sequel. Following a killing spree in a small town, the film reveals that there may be more to fear than the slasher armed with a tree trimming saw.

The Night Brings Charlie Back will be the first film directed by Carson, so it will be great to see how his experience working as a stuntman for films like Freddy’s Dead: The Final Nightmare and The Hills Have Eyes II, impacts his abilities behind the camera.