The Sequel to Green Inferno Might Still be Happening

Just because we haven’t heard anything for a long time, doesn’t mean that Eli Roth’s sequel to Green Inferno has been halted. According to The Wrap, Eli Roth is “Currently in development on a sequel to his slacktivism slasher film The Green Inferno”. 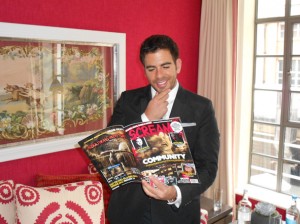 That is quite literally all we know, but with Roth exiting the giant shark thriller Meg, perhaps he’s found some extra time to play around with. What better way to keep yourself busy than by helming a sequel to your cannibal movie? We can’t think of anything tastier.

Originally, the sequel titled “Beyond the Green Inferno” was announced back in 2013 with its predecessor, but the first film wasn’t even released until 2015. So, we could be looking at another very long wait until the cannibals return for a second course.

Perhaps it’s time for the cannibals to get their just desserts… More as it comes!