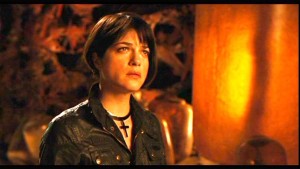 The story centres around a teenage girl and her younger brother who must try to survive the toughest 24 hours of their lives, when a mysterious mass hysteria causes parents to turn violently on their own children. Blair and Cage will play the titular parents.

Crank director Brian Taylor wrote the film and is set to direct, reteaming with his Ghost Rider: Spirit of Vengeance star Cage, who signed up back in February. Taylor said then: “This is the kind of role Nick was put here to play. Human, funny, scary – somehow grounded while at the same time completely off the rails. For a film maker there is nothing quite like the experience of Nick Cage bringing a character you’ve written to life.”

Production on Mom and Dad is due to get underway in Kentucky in July. Armory Films’ Tim Zajaros and Christopher Lemole are producing the film, with Jere Hausfater and Cassian Elwes executive producing for XYZ Films, who are distributing.