See What the Waters Left Behind with New Poster

Ahead of its appearance in Sitges’ Midnight X-treme catagory in October, a dramatic poster has been released for What the Waters Left Behind, the latest offering from Francesca directors Luciano and Nicolás Onetti. 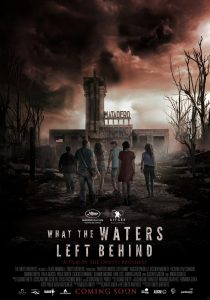 The film (original title: Los Olvidados) was shot in November 2016 in the ruined village of Epecuén in Argentina. A press release from earlier this year gives some background to the disaster that saw the village submerged in 1985, as well as plot details for the film.

“Epecuén was one of the most important touristic villages of Argentina. Thousands of people concurred, attracted by the healing properties of its thermal waters. On November 10, 1985, a huge volume of water broke the protecting embankment and the village was submerged under ten meters of salt water. Epecuén disappeared. Thirty years later the waters receded, and the ruins of Epecuén emerged, exposing a bleak and deserted landscape. The residents never returned.

The plot revolves around a group of young people that take a trip to the ruins in order to film a documentary about Epecuén. Ignoring the warnings, and after a brief tour, they get stranded in the abandoned village. Contrary to what they thought, they begin to realize that they are really not alone…” 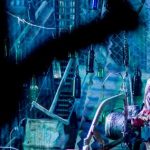 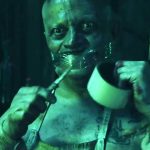 The Onetti Brothers leave behind Francesca’s giallo influences in favour of “…a classic slasher roadie along the same lines as The Texas Chain Saw Massacre and The Hills Have Eyes.”

Check out the intense, previously-released trailer if you’ve not already. This is one to be excited about, folks.