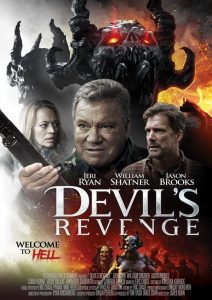 Directed by Jared Cohn, the film follows a down-on-his-luck archaeologist (Jason Brooks) who picks up something he shouldn’t on a cave expedition—a cursed relic that’s also a portal to hell. (Could happen to anyone, I suppose.) Now he’s got to head back to the cave and destroy the relic, or else risk a curse falling on his family.

Cleopatra Entertainment will unleash the film on VOD on October 1st. Find out what horrors hell holds in store by watching the new trailer below.