The towering Dawn of the Dead actor lines up alongside Wendie Weldon, Tommy Day Carey and Tony D. Czech in the film, which was previously titled Curse of Midnight. It is the feature debut of Spanish filmmaker Aitor Uribarri, who directed from a script by first-time writer Kamal Moo.

The trailer comes along with this decidedly no-frills synopsis:
Hoping to fix their dysfunctional marriage, a couple travels to an isolated mountain cabin to work out their problems – but the one problem they didn’t anticipate is the maniac trying to kill them. 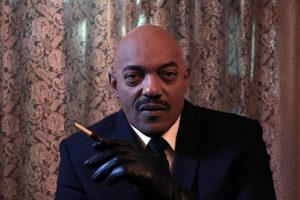 The film wrapped principal photography back in April 2016 with a view to releasing across platforms in 2017. Though no date has been announced, the arrival of the trailer suggests we’ll hear something soon.