See Javier Botet as The Leper on The Set of It 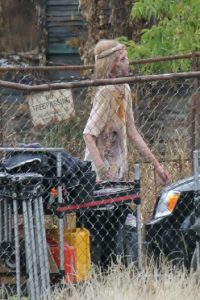 While official images of Bill Skarsgård as Pennywise the Clown surfaced a few days back, another character from Andy Muschietti’s upcoming It adaptation has been revealed, albeit in a far grainier image.

This sneakily-taken shot from the Toronto shoot shows creature performer Javier Botet looking pretty fucked up in full makeup as The Leper. As well as appearing in the [Rec] series and The Conjuring 2, Botet played the title character in Muschietti’s Mama. 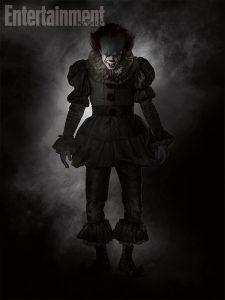 The Leper is one of many apparitions that appear to members of The Losers’ Club, representing their deepest fears.

Expect more pictures – both leaked and official – from It before its release on September 8th, 2017.