See Freddy as Never Before at Robert Englund’s New Website 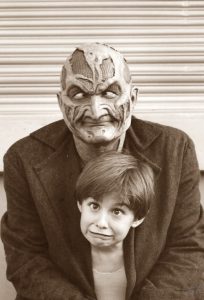 There are few horror actors as recognisable and iconic as Robert Englund. Before achieving such status thanks to a certain 1984 slasher flick, he already had a number of genre roles under his belt – including 1981’s Dead and Buried and Tobe Hooper’s Death Trap – and has worked frequently within (and been a vocal champion of) the genre ever since. But you don’t need me to tell you that. What you may not yet be aware of however, is that the actor has launched a new website absolutely crammed with behind the scenes images you won’t have seen before.

Over a year in the making, Englund’s new site features the expected bio, news and well, all things Englund, but it is the huge archive of pics that make it really special. The images are split into different galleries, one of which is entirely dedicated to the Elm Street series. Among the hundreds of images are plenty of stills you’ll no doubt have seen elsewhere as well as shitloads you won’t have. There are also foreign posters for the Elm Street films and fan art.

Here are a few good ‘uns for you, but you’ll really want to head over and take a look. Just make sure you’ve got the whole day to spare. 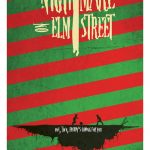 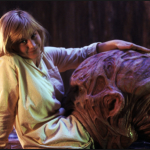 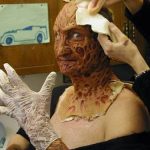