I think it’s fair to say that no one had any issues with regards to casting when Bruce Willis was announced as the star of Eli Roth’s upcoming remake of Michael Winner’s gritty revenge classic Death Wish. The well-loved action star seems the ideal choice to fill Charles Bronson’s grizzled shoes, and we can now get our first look at ol’ Bruce in the role thanks to Yahoo!, who released these first images from the film. 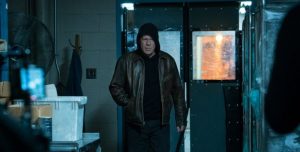 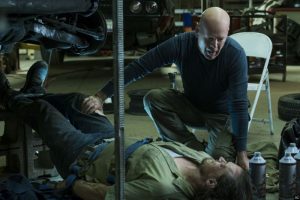 Roth’s take seems to be sticking pretty close to the narrative of the 1974 original, which saw Bronson’s Paul Kersey turn vigilante after a group of thugs (one of whom provided an early role for Jeff Goldblum) break into his family home in an attack that leaves his wife dead and daughter physically and emotionally broken.

Willis’ Paul Kersey is a mild-mannered surgeon who must teach himself deadly skills (including, Roth revealed, through the use of YouTube tutorials) to avenge the attack on his wife, played this time around by Elizabeth Shue, and daughter (Camila Morrone).

“We wanted to bring back that great, classic Bruce Willis we all know and love and just do a fun, badass update of a revered classic,” Roth told Yahoo! “I wanted to bring Bruce back to that Fifth Element, Unbreakable, Die Hard glory and have him craft another iconic performance, and I really think he did it. I mean I really think this can be his Taken. The fun is watching him go crazy and watching someone slowly move the moral goal post.”

Death Wish will explode onto screens on November 22nd.