The Search for God Continues in Images from Preacher Season 2

A set of brand new imagery has been unveiled for Preacher season 2 and they show Jesse Custer (Dominic Cooper), Tulip (Ruth Negga) and Cassidy (Joseph Gilgun) as they continue their search for God, who is absent from heaven. 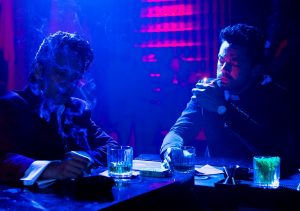 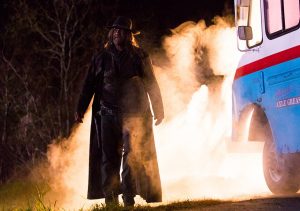 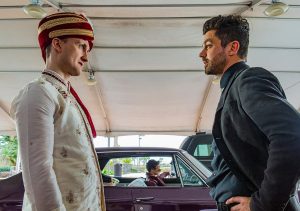 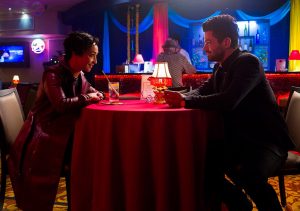 Synopsis:
Based on the popular cult comic book franchise of the same name, “Preacher” is an absurdly twisted and action-packed thrill ride. When Jesse Custer, a small-town preacher with a criminal past, realizes God is absent from Heaven, Jesse sets out to find Him. Along for the ride are Tulip, Jesse’s volatile true love, and Cassidy, an 119-year-old Irish vampire and Jesse’s best mate. The gang ends up in New Orleans, where they must dodge local gangsters, dangerous secret agents in white suits, and the Saint of Killers, an unstoppable killer cowboy from Hell.

Preacher’s first season was a bit of a mixed bag, with plenty of stand-out moments and perhaps more times of disappointment. The series certainly started to lose its energy along the way, but we’re hoping that Preacher’s second season can restore our faith in the inventive adaptation of the Preacher comics.

Preacher will return for its second season on Monday 19th June with 13 more episodes.