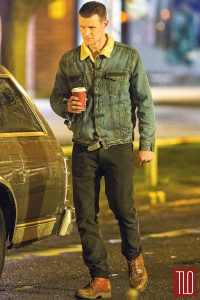 A film that promised to reinvigorate the zombie genre, Patient Zero, has been pulled from release. Screen Gems had planned to release Patient Zero next month on 17th February, but this has been cancelled and the film has not been given a replacement release date.

Of course, this is not to say that Patient Zero will never see the light of day, but it’s never a good sign when a film is pulled so close to its planned date of release. Starring Matt Smith and Stanley Tucci, Patient Zero was set to follow a strain of rabies as it turns the human race into “The Infected”. Matt Smith plays a character who leads a group of to safety as they search for patient zero.

Patient Zero additionally stars Natalie Dormer (The Forest) John Bradley (Game of Thrones) and Agynes Deyn (Clash of Titans). Stefan Ruzowitzky was set to direct and he was behind The Counterfeiters and Deadfall.