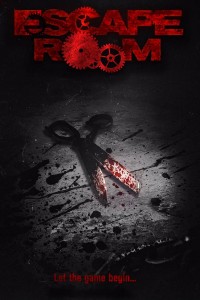 Since making an impact as Sidney’s “bubble-butt boyfriend”-cum-movie-obsessed psychopath Billy Loomis in Wes Craven’s Scream, Skeet Ulrich has remained curiously absent from the world of horror. That is set to change however, with the actor having just wrapped filming on Escape Room, which puts a demonic spin on the popular type of physical adventure game.

If you’re unfamiliar (as I was until today), an escape room is as it sounds – a game in which contestants are locked in a room, and must use elements of their prison to solve a series of puzzles in order to escape. So Crystal Maze, essentially.

The film is directed by prolific shorts director Peter Dukes and is, according to THR, pencilled in for a December release.

“The film focuses on four friends who partake in a popular Los Angeles escape room, owned by Brice (Ulrich), and find themselves stuck with a demonically possessed killer,” the site explains. “Sean Young plays the keeper of a box containing an evil demon. The friends have less than an hour to solve the puzzles needed to escape the room alive.”

There’s little else we can tell you at the moment, but Global Genesis Group president Rick Romano, who is overseeing negotiations to acquire the film for distribution, did tell THR that the film might see an Android and iOS mobile game tie-in. “Once our marketing team saw the enormous popularity of the game around the world and the potential with the horror genre demographic, we gave it the green light,” he says.