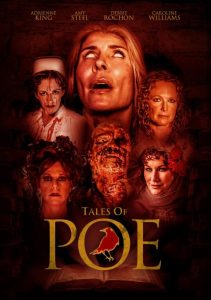 It would be an unenviable task to try to put a number on the amount of screen adaptations of Edgar Allan Poe’s macabre stories. And there are three more headed your way, handily packaged together in acclaimed anthology Tales of Poe, which arrives on US DVD and Digital HD on October 11th from Wild Eye Releasing.

Tales of Poe is directed by Bart Mastronardi (Vindication) and Alan Rowe Kelly (I’ll Bury You Tomorrow), both of whom also wrote and produced, as well as taking on various design roles. Check out the rather promising trailer below.

Synopsis:
Based on the timeless works of Edgar Allan Poe, three of the renowned author’s most popular stories (The Tell Tale Heart, The Cask of Amontillado, and Dreams) receive unique retellings by directors Bart Mastronardi & Alan Rowe Kelly. Offering a compelling and shocking journey into madness and the macabre, Tales of Poe features some of the most beloved final girls in horror movie history in new and exciting roles. 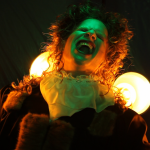 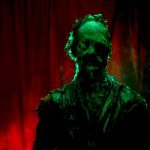