The School is in Session with Spooky New Poster

A proper creepy new poster has been released for Australian spooker The School, which comes from Lunar Pictures and Bronte Pictures, and was picked up last year for international distribution by sales company Cinema Management Group. 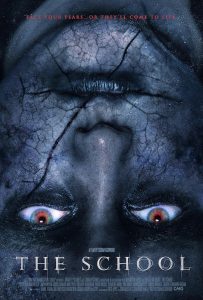 The School was filmed at the Gladesville Mental Asylum which, having been founded in the late 1830s, is Australia’s oldest such institution, and one where cruel and unusual ‘treatments’ were once commonplace. Deaths of both patients and employees were frequent, and the site now has 1,228 unmarked graves.

We eagerly await a release date.