Dave Sheridan (Scary Movie, The Devil’s Rejects) has joined the cast of Time’s Up, a New Year’s Eve slasher that is currently being crowdfunded. 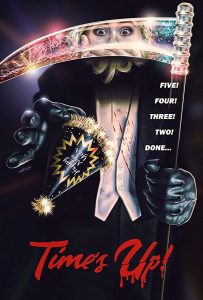 He joins the previously announced Damian Maffei (The Strangers: Prey at Night), Hannah Fierman (V/H/S), Felissa Rose (Sleepaway Camp), and L.C. Holt (You’re Next), the latter of whom also wrote the script. The film will be directed by Corey Norman (Monsterland 2).

Set on New Year’s Eve, Time’s Up will see a group of teachers at an idyllic Maine high school being stalked by an assailant hellbent on revealing their darkest secrets. By midnight… heads will roll.