Saw: Legacy Looks to be Shooting in September

Everything has been pretty quiet this year with regards to Saw: Legacy, the planned 8th entry in the massively successful horror franchise. Something seems to be stirring now however, with the film reportedly shooting later this year. 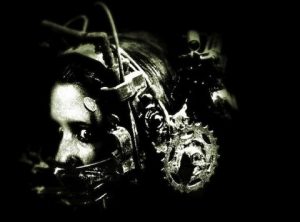 The last we heard, the script was being penned by the Piranha 3D/Sorority Row writing duo made up of Josh Stolberg and Pete Goldfinger, and Saw creators James Wan and Leigh Whannell were to act as executive producers. And that was it. No plot details, no director and no dates for production.

This week however, someone with a sharp eye has spotted a listing for Saw: Legacy on IATSE873, a Toronto-based site established to support the rights of employees associated with the television, theatre and film industries. It states that the sequel will be filming in Toronto this September.

The listing also says that Dan Heffner and Oren Koules are the film’s producers, which makes sense as the two have produced every Saw film thus far. Keeping things consistent, the film’s production manager is listed as being Kym Crepin, who has worked in a production capacity on every entry since Saw II.

A director is not named in the listing, but if the shoot is as imminent as suggested, an announcement on that front can surely be expected sometime soon.