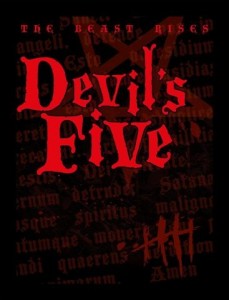 These stills show some of the mayhem from upcoming horror anthology Devil’s Five, which is being completed with help from investors after failing to reach its crowdfunding target on Indiegogo.

The film consists of five tales, shot independently of each other, all relating in various ways to the Prince of Darkness himself. Flagship segment The Devil’s Five is one of three directed by Terry Wickham, and tells of an ancient evil unleashing a computer virus that could put an end to all humanity. “It was important to me that The Devil’s Five start the film off with a bang,” the director says, adding that he was going for “…James Cameron-like intensity – on a budget Cameron probably spends on breakfast for his cast and crew.”

Wickham also directs Abandoned (about a photographer shooting in a supposedly haunted location, whose picture taking is interrupted by an evil presence) and Stash (a woman raising money for her church sets up a scavenger hunt that leads to an encounter with Satan). “Stash runs just over thirty-one minutes, [and is] absolutely a movie unto itself,” Wickham explains. “…there is character development and a focus on telling a story rather than creating a reactionary tale…and just spilling guts.” 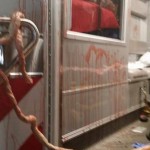 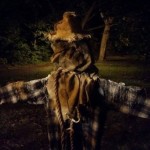 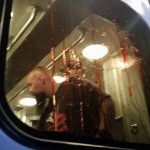 The two remaining segments of Devil’s Five are titled Choke and Don’t Say These Words. Hopefully we’ll see the film making some festival appearances come the end of the year.