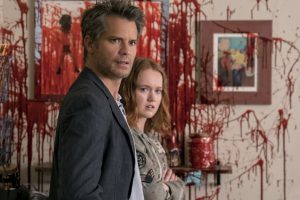 Hooray, we have a date for Santa Clarita Diet season 2 and it’s 23rd March. The second season of the horror-zomedy show will continue where the first season left off and follow Sheila (Drew Barrymore) and Joel (Timothy Olyphant) as they continue trying to adapt to Sheila’s new life as a zombie. In season 2 they will also try to put an end to the virus that triggered Sheila’s undead state, in the hope of saving the world.

Check out the teaser trailer for the new season below and be sure to tune into Netflix on 23rd March for a second helping of Santa Clarita Diet. It really was a great show with plenty of undead bite, so we’re very much looking forward to its return this March.