The Sandman Images Bring you a Dream

Premiering on SyFy this weekend is The Sandman, a new horror film starring Saw’s Tobin Bell and A Nightmare on Elm Street’s Amanda Wyss, and executive produced by none other than comics legend Stan Lee! Prepare yourself for the nightmare with the below image gallery. 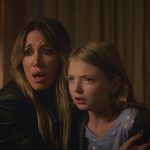 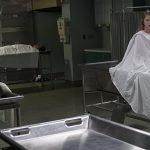 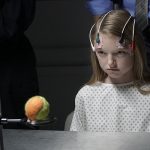 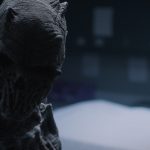 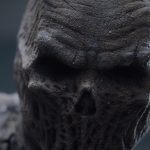 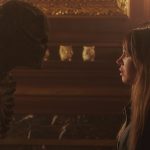 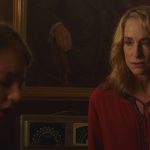 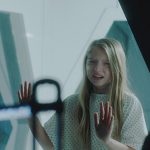 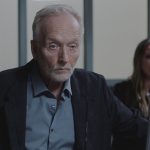 Also starring in The Sandman are Haylie Duff, Shaun Sipos, Shae Smolik, and Ricco Ross. The film was written and directed by Peter Sullivan, a prolific TV movie director whose works include Ominous and High School Possession.

Synopsis:
The Sandman focuses on eight year old ‘Madison’ (Shae Smolik) who, when her father is found dead, goes to live with her aunt ‘Claire’ (Haylie Duff), a struggling artist in a nearby city. It isn’t long before Claire realizes that the young girl has unusual powers, including the ability to manifest a frightening boogeyman she calls “The Sandman.” Claire quickly begins to suspect that the Sandman might be responsible not only for the death of Madison’s father, but many other victims across the country. 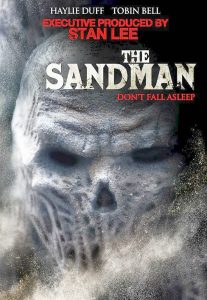 With a clandestine government agency closing in on the young girl, Claire and Madison will have to work together to find a way to stop the Sandman before he claims his next victim. Factor in the sinister ‘Valentine’ (Tobin Bell) who leads a cadre of bureaucrats who do not mean well and soon, strange things start happening whenever Madison is around. Things move around by themselves. Cabinet doors open and close. Almost as if there’s some kind of supernatural entity in the house. It’s a journey you’ll have to fully experience to understand.

The Sandman will emerge on SyFy on Saturday, October 14th.