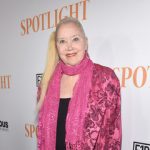 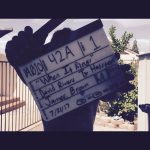 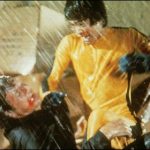 JFK star Kirkland (pictured above left) is no stranger to horror and cult cinema, having starred in the likes of Two Evil Eyes, Fatal Games and, more recently, Suburban Gothic and Trash Fire. Novak meanwhile, is known for a number of crazy action/Kung Fu flicks including Black Belt Jones, Chuck Norris-starrers A Force of One and An Eye for an Eye, and Bruce Lee’s final outing, Game of Death (pictured above right).

In When it Rings, co-directed and scripted by first-time directors directors Ty Haisten and David Rivers, Martin stars as Zach, who returns to his childhood home where, years ago, his young sister drowned in the backyard pool. While going through his old things, he discovers a forgotten link to her.

Official synopsis:
For the first time since the death of his sister, Zach (Martin) returns to his childhood home to get it ready for sale. While there, he uncovers an old toy phone he once used to “talk” to his dead sister. Years of counseling convinced him it was all in his head until an unexpected call comes through the plastic phone, setting off a series of terrifying events, and making him question what, and who, is real.

Sophia Monti, Mann Alfonso and Amy Ellenberger co-star in When it Rings, which is currently filming in Los Angeles.