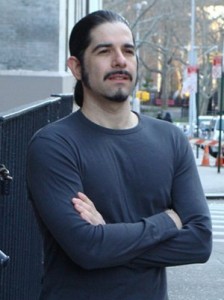 “This isn’t comfortable,” states Patrick Wilson’s character, Arthur, in Writer/Director S. Craig Zahler’s directorial debut, the cannibal western Bone Tomahawk, and that’s exactly how audiences can expect to feel at certain moments in a film that contains some of the hardest-hitting moments to grace the big screen this year. That’s not to say you won’t enjoy the ride though as it’s easily one of the best movies to have hit the festival circuit and Zahler has conjured up some of the most genuine and idiosyncratic characters to rival any of Quentin Tarantino’s recent creations, whilst tightly embracing John Ford’s acclaimed visual motifs.

Boasting a massive and absolutely outstanding ensemble cast headed up by Kurt Russell, Patrick Wilson, Matthew Fox, Richard Jenkins and Lili Simmons, Bone Tomahawk forces a band of unlikely gunslingers together when a primitive race of savage cannibals kidnap settlers from the small town of Bright Hope. Led by Sheriff Franklin Hunt (Russell), the disparate group set off to bring their fellow townsfolk home only to discover when they get into hostile territory that their enemy is much more ruthless than they could have ever imagined.

To celebrate today’s home release of the film (29th December, 2015), SCREAM caught up with Zahler at this year’s Sitges International Film Festival to talk about the long and winding trail the first-time director endured to ensure the film remained as faithful to his initial vision as possible, Kurt Russell’s undying support for the film, and what direction he intends to take in the light of the critical praise the film has received left, right and centre on the festival circuit…

SCREAM: So first up, how should I address you? What does the S stand for?

S. Craig Zahler: Well, you know? It should be something cool like Satan but it’s Steven, but you can call me Craig. A lot of my friends and people I know go by Zahler just because it’s a cooler name. Anything with a Z to it’s got more of a ring. Dude, I’m a metalhead so you don’t need to keep it formal.

SCREAM: Why did you feel now was the perfect time to take cannibalism to the Wild West?

SCZ: This is the 5th western I’ve written. In general, whether I’m writing westerns or crime, the violence tends to be strong and dark. I was originally just going to make a straight horror movie and I spoke to my manager and friend, who is also the producer of this movie, and who actually paid for all of it up front and the rest of it was funded by European interests. I wanted to bring together the disciplines of lost race fiction, H. Rider Haggard, King Solomon’s Mines, that whole heritage and the western adventure stories. So, for me, it was a question of wanting to embrace the adventurous aspects of a western with the male bonding, the characterisation, the deliberate pacing. I wanted to have all of that in play but then, in terms of the opposition, do something that you’ve never seen before and again, coming from that discipline of lost race fiction, make up a race and their history, how they function, how they communicate, all that stuff, and have that unique to the piece.

SCREAM: I know you had a few funding problems at first. Did the script suffer in your attempts to find the funders you needed? 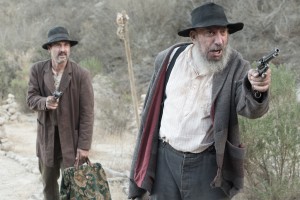 SCZ: Not really, no. For the most part we shot the original draft that I wrote. There were a good few changes that came out of the rehearsal period. Kurt Russell is really savvy with putting in some extra beats to some of the action moments and I’m happy to credit him with that. He’s very thoughtful when looking at the full picture and I’ve been talking to him for the two and a half years that he was on board for this picture. So he was helpful there but also people like Patrick Wilson and the other guys had ideas. But for the most part these were all about four or five hours’ worth of revisions I did a couple of days before we started shooting.

In terms of the funding, part of the problem was that I wasn’t willing to cut it down. We were once in a situation with a company where it got to a point where I said that if they asked me to cut one more page from the script I was going to walk away from the project. So we ended up making it for far less money in a very short period of time (21 days) and our budget was less then 2 million dollars but I was able to shoot what I wanted. My feeling was that everyone came onboard for terrible paydays because of the script, so I didn’t want to start by injuring the thing that brought everybody together in the first place. There are many much more commercial versions of this movie but I just wasn’t interested in making them.

SCREAM: Despite all the stumbling blocks, Kurt Russell has been on board from the word go and stuck with you through all the hard times. How did he initially get involved?

SCZ: I thought he was great for the role and that he would do a great job with the role, and he did. He’s a great actor and I think one of the reasons he’s a movie star is that there are these certain cadences with his line readings. When you have him in your mind for the role it’s kind of hard to imagine anyone else delivering the lines in a way that is going to stick in your ear in quite the same way. He came on board very early, read the piece and was concerned about me in terms of being a first time director but I had worked as a cinematographer and directed theatre so he was more comfortable with that. He felt comfortable that I knew what to do with the camera and moreover that I wasn’t going to collapse once the pressure of this very difficult shoot came down. As a DP I shot movies that had to move this quickly with no time to fix any problems and that gave him some confidence in me and he stayed on.

There was a version we were going to try and do in New Mexico and we had a version that was actually going in Utah where we’d scouted locations but it ultimately landed in Los Angeles. It’s kind of odd that Hollywood seems to be the last place that people want to make movies but that’s where it happened and it also made it easier for us to get a great film. 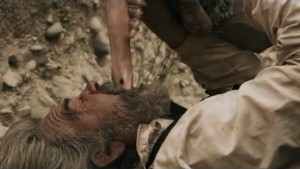 SCREAM: You mentioned you’ve worked as a cinematographer before. Can you explain how you approached this film with your DP for this one, Benji Bakshi?

SCZ: We worked really well together. The movie went through a bunch of incarnations so there were some other cinematographers on before and it got to a point where I was having to show everybody what we would do. So I had an idea of the shots ahead of time in a detailed shortlist and in my mind I could have more or less camera cut the movie prior to shooting it but of course you’re seeing things on the set and I’m sure, at the speed we moved, there are things I did not see, but you see things on the set that you want to grab. Sometimes a pole or a horse gets in the way of what you plan but I trusted him and I’ve worked as a cinematographer before so the number one thing I needed to feel about my cinematographer going into the movie was that he was better than I ever was. That’s the case with Benji Bakshi. So I trusted him a lot. Occasionally I had suggestions or criticisms that probably the average director doesn’t have such as, “Can you bring up that part of the background,” and it’s just part of what I did. But for the most part he did his thing kind of going off of our original shot list and I focused on what was the most important thing which was directing the performers.

SCREAM: A lot of people have commented on how they expected it to be more gruesome. It’s definitely a very character-based film but there are some seriously savage moments. Did it surprise you when people cried out for more violence?

SCZ: This is somewhat in terms of how the movie has been marketed in the different incarnations when we were trying to sell it and get funding. There’s always been a push towards sensationalism maybe and the exciting stuff and the intense stuff because, in terms of marketing, here is a very slow and deliberately paced western in which you’re going to go through a journey, moment by moment, with a group of characters and see how they develop. This doesn’t sound as great as really pushing those other aspects of horror, which are obviously there when it gets there. That all has to do with the promotional aspect and I think all that aspect is there.

I have certainly heard many, many, many times, and I know I’ll continue to hear that the movie isn’t quite what people expect. It’s what I intended to write from the get go, but when you are trying to sell something like this there are certain ways that you try to key into a certain crowd. My hope is that fans of classic westerns still do go to see this and that the horror doesn’t overshadow the fact that first and foremost this is a western.

SCREAM: After a troublesome, but ultimately more than satisfactory directorial debut, do you plan to hop straight back into the director’s chair?

SCZ: In the immediate future, my plans are to not talk about Bone Tomahawk and to push forward. I have a prison movie that I wrote called Brawl in Cell Block 99 that I want take forward. I have 2 novels that I’m going to take around and sell. One of those is a crime piece called “The Slanted Gutter,” which I’ll also try to get going as a limited television series. I’d like to direct some of that as well.

At this point I’ve sold, or had optioned, about 24 different pieces that haven’t been made except for one called Asylum Blackout and I want to see my stuff moved forwards. So it’s pushing as much of my stuff forward now as possible and the response to Bone Tomahawk, critically, has been really, really favourable and things are looking good so I hope people believe in me doing something very different next time so I don’t have to sell it so hard and fight so many battles. The same also for Dallas Sonnier, the producer, who really made this happen. The only person who worked even harder than I did on the project…

We’d like to thank S. Craig Zahler for chatting to us at Sitges International Film Festival and we can’t recommend catching Bone Tomahawk enough which is out today, 29th December on DVD/Blu-ray. We’ll leave you with the trailer to give you a taste of what you’re missing out on: