Russo Brothers to Develop Second Poltergeist Remake in a Decade

The first remake of Tobe Hooper’s 1982 horror classic Poltergeist barely raised a stir when it was released in 2015. Now a second remake is coming our way, courtesy of AGBO Films and the Russo Brothers. 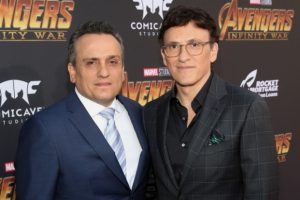 Joe and Anthony Russo (pictured right) also helmed the upcoming Avengers: Endgame, as well as a number of other films for Marvel. And thanks to a deal with MGM, they now have free run of the studio’s enormous film library, so Poltergeist is unlikely to be the only remake on their slate.

Are you excited to see yet another Poltergeist remake? Or is this one burial ground that really shouldn’t be disturbed?