We learnt early this year that Josh Boone’s adaptation of Stephen King’s epic novel The Stand was being shelved for the time being, but the director is instead pushing ahead with adapting another King story, Revival.

Boone – who is currently gearing up to shoot X-Men: The New Mutants – talked to Creative Screenwriting recently, telling the site that Russell Crowe – soon to be seen opposite Tom Cruise in Universal’s The Mummy – had been cast.

“I have a good relationship with Stephen King, so when I wanted to adapt his novel ‘Revival’ I really just went and asked him,” Boone told the site. “I was able to write it in a very pleasant bubble and we attached Russell Crowe.” 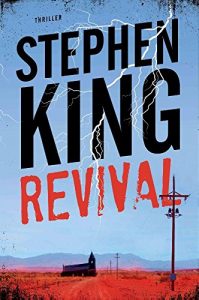 King’s book, published in 2014, “…follows a preacher who loses his faith when his wife and child are killed in an accident. He soon becomes obsessed in his experimentation into the healing power of electrical current, positioning him to act as God-like faith healer. Intertwined with the preacher is a young man with demons of his own, who has benefited from the preacher’s talents and becomes a reluctant accomplice to his deadly obsession.”

Revival will be produced by former New Line man Michael De Luca (Blade, In The Mouth of Madness). As for The Stand, it would be unwise to expect any news in the near future.