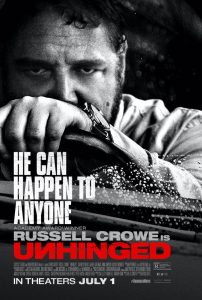 Starring Russel Crowe and Caren Pistorius, Solstice Studios’ Unhinged is still steering for a July 1st theatrical release in the U.S., and the film’s new poster warns that “he can happen to anyone.”