Rose McGowan Headed to Homes in The Tell-Tale Heart 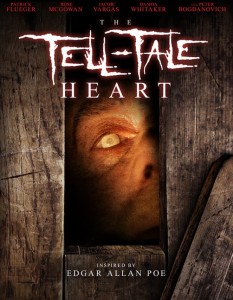 The Tell-Tale Heart stars one of the planet’s coolest screen stars, Rose McGowan; an iconic genre actress thanks to roles in Scream, The Doom Generation and Grindhouse (in which she starred in both Death Proof and Planet Terror). McGowan is joined by Patrick John Flueger (Mother’s Day, The 4400), Jacob Vargas (Sons of Anarchy, Devil), Damon Whitaker (Outlaw, The Hillside Strangler) and Academy Award nominee Peter Bogdanovich (The Sopranos, Targets).

A haunting account of a tormented man, haunted by the heart of a man he murdered, who continually re-admits himself into a medical facility, in a futile attempt to escape from his pending madness. Set in contemporary New Orleans, The Tell-Tale Heart is based on Edgar Allan Poe’s classic short story of the same name.

The Tell-Tale Heart is released on US DVD and VOD on April 5th. Check out the trailer below.