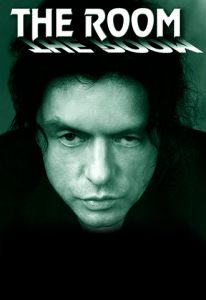 2003’s The Room stands alongside Troll 2 and even Plan 9 From Outer Space as one of the most celebrated bad movies ever. Frequently screened to guffawing audiences, the film made a cult star of sorts of writer/director/lead star Tommy Wiseau, who regularly attends such events.

13 years have passed since Wiseau’s disasterpiece, and he and The Room co-star Greg Sestero have been reunited. The two star in Best F(r)iends, which was directed by Gary Fong and shot on the quiet in LA and Canada. The film’s existence was heralded with this trailer, in which Wiseau displays that inimitable acting style familiar to The Room’s fans. Based on a story Sestero wrote about a road trip he and Wiseau took in 2003, Best F(r)iends tells of a man (Sestero) who meets a lonely mortician (Wiseau) after his family are kidnapped by ninjas. The mortician sees himself as an artist, using cadavers for canvasses, and takes the man on an existential journey.

“I think it’s a role that will really spotlight Tommy’s unique talent and charisma, while also setting up an unexpected and exciting reunion,” Sestero told THR. 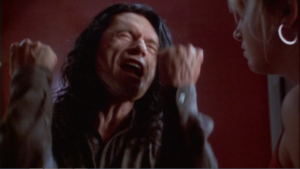 New Line is currently working on a film about the making of The Room, directed by and starring James Franco, who plays the eccentric and mysterious Wiseau. Entitled The Masterpiece, it is based on the 2013 book The Disaster Artist, which Sestero wrote with Tom Bissell about his experiences working on the film.

A distribution plan for Best F(r)iends has yet to be announced.