Ron Perlman Admits to Not Talking About Hellboy 3

Well, that was a quick change of heart wasn’t it? It was only a few weeks ago when Ron Perlman took to Twitter to say that he’s working on another Hellboy film, despite being the only one doing so. It was a sweet and hopeful tweet that suggested that fans should not give up on Hellboy 3. However, now Perlman has said: 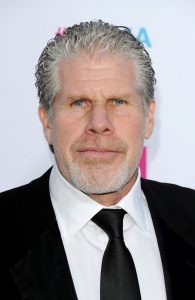 “We don’t talk about that anymore. Because he’s busy, and I’m busy. Maybe one day he’s going to call and say, ‘Hey, let’s do it.’ But for right now? We’re happy discovering new worlds to conquer.”

I suppose it isn’t a complete write-off for Hellboy 3, but it has certainly extinguished a glimmer of the hope that was so recently re-ignited. It has been 8 years since Hellboy 2 and it didn’t gross a huge amount at the box office, so perhaps it’s time we did bid farewell to the loveable horned creature and allow Guillermo del Toro and Ron Perlman to continue conquering other worlds…