Roland Emmerich has plenty of films lined up in the next couple of years, including Stargate, Moonfall and the next sequel to Independence Day – yay? – but this isn’t stopping him from accepting to bring more sci-fi stories to the big screen.

Emmerich has signed on to direct a film adaptation of Blake Crouch’s Dark Matter novel which was released this year. Crouch is behind the writing of M. Night Shyamalan’s Wayward Pines, with the director using his novels of the same name to craft the mind-bending series. This certainly bodes well for Dark Matter, which is definitely high on our “to read” list now. 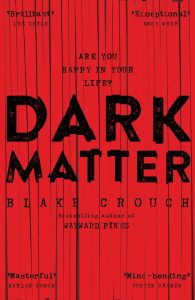 Dark Matter follows a man called Jason as he wakes up in a world that he doesn’t recognise after he is abducted by men in hazmat suits. It definitely rings a lot of similar bells to Wayward Pines, so we expect to be treated to even more puzzling twists and turns with Dark Matter as Jason tries to uncover the truth about his whereabouts and the people he is surrounded by.

Dark Matt will be produced by Matt Tolmach. Keep your ears and eyes peeled for a release date soon.