Robert Eggers Confirms Nosferatu as his Next Project

Robert Eggers, the director of one of the year’s best horror films The Witch, has finally confirmed that he will be tackling a remake of Nosferatu and it will be his next feature. During an IndieWire podcast, the director described the move as “ugly and blasphemous” with his original plan to wait a while before tackling the remake. 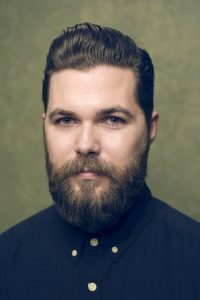 To remake the classic German Expressionist masterpiece Nosferatu would be a daunting task for any director, but the sophistication and chills present within Eggers’ period horror The Witch do bode well and suggest the remake is in more than capable hands. Additionally, Eggers has spoken of his love for Nosferatu, describing the “magical connection” he has to the film. He said:
“Nosferatu has a very close, magical connection for me. Though if I were to make the movie 17-year-old Rob was going to make of Nosferatu, it would have been something between like The Nightmare Before Christmas and Sin City, whereas this is going to be the same approach as The Witch, where 1830s Biedermeier Baltic Germany needs to be articulated in a way that seems real.”

Eggers has already proved that he can craft a realistic, tense and disturbing horror feature, so if he can transfer these elements to Nosferatu, we could be in for something refreshingly scary.