We’ve been waiting a long time for the sequel to Rob Zombie’s infamous 2005 horror film The Devil’s Rejects. And according to Zombie, the wait is almost over! The musician-turned-filmmaker says he predicts an early autumn release for the new film, Three From Hell—probably around September.

Zombie also confirmed that the film is finished. While we don’t know much about the plot yet, teaser images released earlier this year reveal that the surviving members of the Firefly family may have spent the decade-and-change since we last saw them sitting in jail cells. 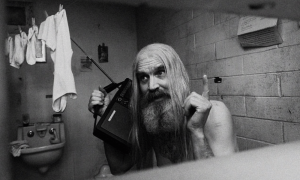