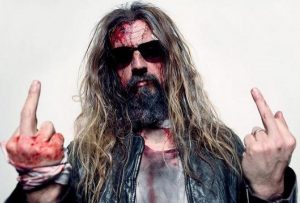 When Rob Zombie’s film debut House of 1000 Corpses finally saw a release in 2003 after two years of frightening distributors away, there was immediately talk of an uncut version, not to mention an assumption that we’d see it in the coming years. 13 years and no lengthier cut later, and the rock legend turned divisive director has revealed some details of his original vision, which it seems may never surface.

“I don’t think it ever will [be released], because I don’t think anyone knows where any of it is, truthfully,” Zombie said recently.

Like Zombie’s latest, 31, his debut was cut down considerably in order to secure an R rating, resulting in the 89-minute version we are all familiar with. In addition to the missing footage, it seems that a whole load of supplementary materials have also disappeared.

“Even when they put together the DVD, which was 13 years ago, we couldn’t find anything because they had shot two hundred interviews in the time since the shoot,” Zombie continues. “We had behind-the-scenes stuff, make-up tests, all these different things, and nobody could find it. It was all lost. That’s why I think whatever exists is all that’s going to ever exist.” 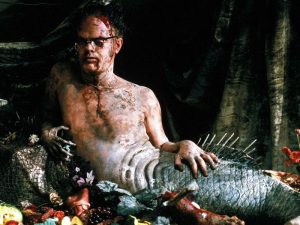 This is a damn shame, especially when you consider that the excised footage amounts to far more than just a few brief gore close-ups. Zombie has previously said that the full version would have run some 105 minutes, with significantly longer death scenes, including the creation of ‘Fishboy’. Word is that the full version also revealed that Grandpa Hugo and Doctor Satan were one and the same, and the scene revealing the Doc featured his test subjects chowing down on Jerry. A number of Baby’s (Sheri Moon Zombie) scenes are also thought to have been removed.

While it looks highly unlikely, here’s hoping that someone knows something Zombie doesn’t, and the footage will yet be uncovered.