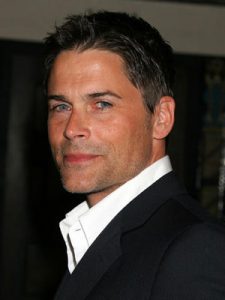 Actor Rob Lowe has signed up to direct and star in a remake of 1956’s The Bad Seed. The thrilling horror was nominated for 4 Oscars, including Best Actress for Nancy Kelly, Best Actress in a Supporting Role for Patty McCormack and Best Cinematography. The film followed a mother played by Kelly who realises that her 8-year old daughter is a heartless killer.

Patty McCormack played the role of the young killer in the 1985 version and as she was nominated for an Academy Award, the bar is certainly raised high for a young actress who is looking to fill her footsteps. Who do you think should tackle the challenging role?

In Lowe’s new re-imagining, it will be a father – played by Lowe – who discovers that his daughter is a murderer. This deviates the film from the ’56 film, its 1985 remake directed by Paul Wendkos, the novel and the play it was based on.

The Bad Seed is currently undergoing preliminary casting with production hoping to begin in 2018.