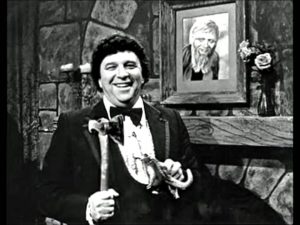 Scream is sad to report the passing of Bill ‘Chilly Billy’ Cardille, who left us on Thursday. A celebrated broadcaster, Cardille died aged 87, following a long battle with cancer.

Cardille is fondly remembered as the host of Chiller Theater, a massively popular Saturday night program that saw him introduce various horror and science fiction films. The show ran from 1963 until 1983, and led to Cardille’s induction into the Horror Host Hall of Fame. For horror fans unfamiliar with Chiller Theater, Cardille will be remembered as the field reporter from George Romero’s Night of the Living Dead, a role he would later reprise in Tom Savini’s 1990 remake.

Cardille was a close friend of Romero, and appeared uncredited as a zombie in 1985’s Day of the Dead. More recently, he paid tribute to his role in Romero’s 1968 classic, playing a reporter in 2012’s little-seen horror comedy Living Dead. 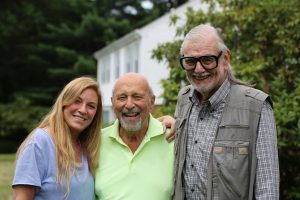 Cardille’s daughter Lori (pictured with her father and George Romero) broke the news of his passing via Facebook. “Our dear father, William Cardille peacefully passed away early this morning in his home, with his family, where he wanted to be,” Lori wrote. “My sister Marea, was reading him some of the letters that you all wrote to him. It meant so much to him. I knew it would. From the bottom of our hearts, my sister Marea, my brother Billy and our beautiful mother Louise, thank you. We will miss him terribly but take comfort in the fact that as he said, ‘I am at peace. I had a wonderful life.’ As he signed off on Chiller Theatre he always said, ‘Good night and sleep warm.’ Sleep warm daddy.”