The legendary British comic book artist Steve Dillon has passed away at the age of 54 in New York City. The news stems from a tweet by his younger brother Glyn on 23rd October who said, “Sad to confirm the death of Steve, my big brother and my hero. He passed away in the city he loved (NYC). He will be sorely missed.” The cause of death was at first unknown, but has now been confirmed as being due to a ruptured appendix, which was initially assumed to be food poisoning.

Dillon is perhaps most widely known for his work on Judge Dredd, The Punisher and Preacher, the latter recently being made into a 10-episode series on AMC. In a statement, AMC said:
“Steve Dillon was an enormously talented illustrator who, with Garth Ennis, created a cult classic comic we were so proud to bring to television with Seth Rogen, Evan Goldberg, Sam Catlin and our partners at Sony. He will be missed.” 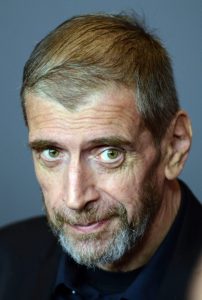 Born in 1962 and living in Luton, Dillon first started writing for Marvel at the young aged of 16, drawing for the UK’s Hulk Magazine. He then went on to contribute to Doctor Who magazine, the anthology Warrior and 2000AD in the 1980s.

In 1992 he teamed with collaborator Garth Ennis on Hellblazer, a DC comic that follows John Constantine, an occult detective, which had a film adaptation in 2005 with Keanu Reeves in the lead role. His work on Preacher began in 1995, the series ran for 66 issues and followed Jesse Custer; a priest with a supernatural gift played by Dominic Cooper in the TV series.

As always, we send our deepest sympathies to the friends and family of Steve Dillon, may he rest in peace.