The sad news came in over the weekend that Hammer Horror veteran John Carson has passed away. He was 89.

The velvet-voiced actor began his screen career nearly 70 years ago, racking up numerous TV roles throughout the 1950s and into the ‘60s, when he began to find further success on the big screen. By the middle of the decade, Carson was becoming a familiar face in horror and sci-fi, appearing alongside John Saxon in 1965’s The Night Caller, and kicking off his relationship with Hammer in The Plague of the Zombies the following year. Carson would go on to work with the legendary British studio in Taste the Blood of Dracula (1970) and 1974’s Captain Kronos – Vampire Hunter, as well as a 1980 episode of TV’s Hammer House of Horror. 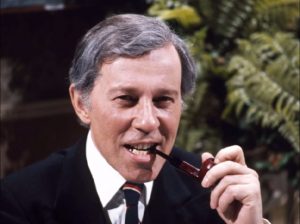 An incredibly prolific actor, particularly on television, Carson continued to work well into this century. His last genre film role was in Neil Marshall’s underrated Doomsday (2008), but it is his work with Hammer for which he is best remembered.

Carson died on Saturday in Cape Town, South Africa, where he has lived since the 1980s. Scream would like to send our condolences to his family and all those close to him.