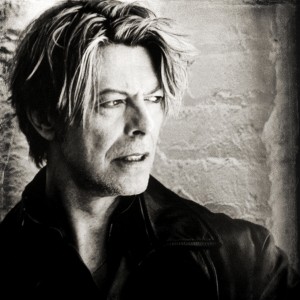 Legend is a term that is overused with abandon nowadays. Few are more deserving of the accolade in its truest use however, than David Bowie, who died on Sunday night following an 18-month fight with cancer. He turned 69 on Friday. Today, planet Earth is blue.

A legend; a genius; a true original, Bowie remained at the cutting edge of whatever he lent his hand to for some 40 years, and his influence on popular culture cannot be overstated. His latest album, Blackstar was released on Friday to very favourable reviews, and completes a musical legacy which eclipses virtually all others. He was also celebrated for his work in film. Indeed, many people of a certain age bracket probably knew him as Labyrinth’s Jareth the Goblin King before building any familiarity with his songs.

As an actor, Bowie flirted with horror in Nicolas Roeg’s celebrated sci-fi weirdie The Man Who Fell to Earth in 1976, Tony Scott’s The Hunger in 1983 and 1992’s Twin Peaks: Fire Walk with Me, directed by David Lynch, with whom he worked with again for the Lost Highway soundtrack. His music has featured in almost 400 films over the years, including any number of horrors including Cat People, Hellraiser III, Dr. Giggles, Se7en, The Faculty, Stigmata, American Psycho, Long Time Dead, Underworld…the list goes on.

The sad news was confirmed on Bowie’s Facebook page, which read: “David Bowie died peacefully today surrounded by his family after a courageous 18-month battle with cancer. While many of you will share in this loss, we ask that you respect the family’s privacy during their time of grief.”

Tributes poured in quickly, one of the most poignant coming from Simon Pegg, who wrote on his Instagram: “If you’re sad today, just remember the world is over 4 billion years old and you somehow managed to exist at the same time as David Bowie.”

RIP, Mr. Bowie, Sir. You will be sorely, sorely missed.