Since his days as a cinema usher, Harris spent his life in film, working in publicity and distribution before starting his career as a producer. His first film as producer remained his most enduringly celebrated; 1958’s Steve McQueen-starring The Blob became a huge hit, and cemented Harris’ position in Hollywood. 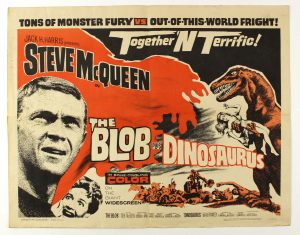 Throughout the ‘60s and ‘70s, Harris worked on a series of genre flicks including Dinosaurus!, Equinox, John Landis’ Schlock, John Carpenter’s Dark Star and 1966’s Unkissed Bride, which he also directed. In 1972 he returned to the world of the film that made his name, executive producing sequel Beware! The Blob. He later came onboard to produce Chuck Russell’s superlative 1988 The Blob remake. Harris penned a book recounting his career’s story in 2015, entitled Father of the Blob.

In February 2014, Harris became the oldest ever recipient of a star on Hollywood’s Walk of Fame. He died peacefully in his home on Tuesday.