Sunday brought with it the terrible news that rising star Anton Yelchin has died, aged just 27. The actor was killed in a strange and tragic accident in the early hours of Sunday morning at his home in LA.

From a young age, Russian-born Yelchin was focused on acting, although as a teenager growing up in the US (his family moved there as political refugees in 1989, the year he was born) his creative outlet also took the form of playing guitar in a punk band. Following his feature film debut in indie comedy A Man is Mostly Water aged just 9, Yelchin would impress in films including Along Came a Spider, Alpha Dog, and playing the title role in Charlie Bartlett. His breakthrough role came in 2009, playing Chekov in J.J. Abrams’ Star Trek reboot, a film he followed with ones as varied as Terminator Salvation, The Beaver and The Smurfs.

Yelchin made a splash in the horror world leading opposite Colin Farrell in 2011’s Fright Night remake. He revisited the genre with 2014 zombie comedy Burying The Ex, and recently echoed his punk band roots playing Pat in Jeremy Saulnier’s hotly-tipped Green Room.

As confirmed by Police, Yelchin was killed after stepping out of his car when the vehicle rolled backwards down his steep driveway, pinning him against a brick postbox.

Yelchin was extraordinarily popular among those he worked with, and his shocking death has led to countless tributes from industry peers. Star Trek co-star John Cho tweeted: “I loved Anton Yelchin so much. He was a true artist – curious, beautiful, courageous. He was a great pal and a great son. I’m in ruins.” 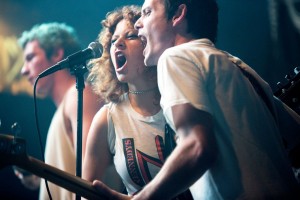 His Like Crazy director Drake Doreamus said: “Anton was one of a kind. Such an old soul who was one of the most sincere but also funniest people I have ever met…His laugh was the best sound in the world, it was so contagious and comforting. He was always up to something to make you laugh especially if you were getting frustrated or being too serious. Anton changed my life in so many ways and I’ll never forget him…Love you Anton.”

Yelchin was found dead by friends when he failed to show up for a rehearsal. He will be seen back on our screens next month in Star Trek Beyond.