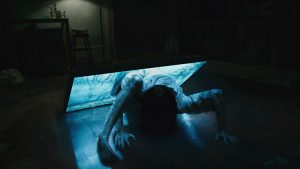 Yesterday you’ll have read our interview with actress Matilda Lutz in which she opened up to talk about how she fell into an acting career out of an attempt to quell a bad case of shyness and shared her experiences playing the lead role in Rings, pitted against Samara Morgan in the digital age.

With the film having premiered last night in Los Angeles, SCREAM’s Howard Gorman caught up with helmer Javier Gutiérrez to find out what audiences can expect in this brand new spin on the franchise and what it was about this particular script that prompted him to get back behind the camera for the first time since the 2008 film, Before the Fall (3 Días)….

SCREAM: I imagine you must be eager to see how people react to the film tonight, particularly as it’s been a while since the previous entry and all manner of state-of-the-art-technology now takes the franchise to a whole new level.

Javier Gutiérrez: Yeah. So far, the film seems to have been well-received on the whole. I always tell long-time fans of the franchise to go and see the film with an open mind. As much as we love Naomi Watts, she’s not in the movie and it’s more of a film for people of another generation and we dabble in modern day technologies so it’s definitely a very different vibe; although we always tried to remain as faithful as possible to the classic mystery and thriller elements that we found in the original.

SCREAM: It’s all of nine years since you directed your last feature film, Before the Fall. Being the film producer that you also are, I imagine hundreds of scripts must have passed your hands over the years, so what did you see in the Rings script that had you yearning to get back in the director’s chair?

JG: It wasn’t really a planned thing and it all happened by chance. In 2014, I was working on the remake of The Crow and we were going through a few problems with that project. That was when the Ring franchise producers, Walter Parkes and Laurie MacDonald, called me up and they told me they’d seen Before the Fall and really liked what I’d done. They mentioned how they’d been working on a new Ring film for the last few years and they thought that I might be free at that time as they were keen for me to bring my visual sensibilities to this project they had in mind. Being the massive Ring and Ringu fan that I am, I thought that it would be quite the challenge because those are some serious shoes to step into, but as I had been working on The Crow, I wasn’t overly concerned about that aspect as I’d spoken with The Crow fanbase because I had wanted to fathom out exactly how to go about keeping belligerent franchise fans happy whilst making sure that I didn’t just repeat things that everyone had seen before.

What really attracted me to the idea of working in the world of Samara Morgan was the idea of being able to film something really surreal and very visual; as we saw Gore Verbinski handle brilliantly when he remade Ringu. Aside from that, I liked the fact that it wasn’t a remake so it offered me the opportunity to bring something completely new to the table. 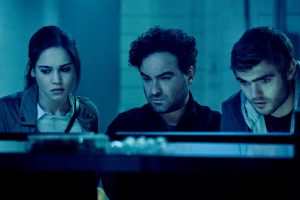 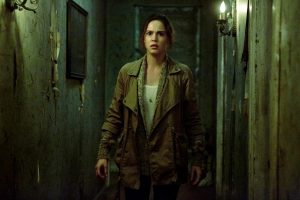 SCREAM: Something Verbinski was very adamant about was maintaining the minimalism of the Japanese original. Now, with this integration of all manner of technology, I’m guessing you were very particular when it came to just how much tech you used and how it was used because a lot of films go beyond the call and the plot tends to suffer as a result.

JG: Absolutely. We were very careful when it came to that side of things because, like I said, we wanted to remain very faithful to the original. And, like you just said, adding technology to that kind of story could have gotten out of control if we weren’t careful. What we’ve tried to do is give the film a fresh face and make it a bit more fun, particularly for the younger generation. I think that the original films might not resonate quite as strongly with younger viewers just because the pacing isn’t the same as the rapid-fire MTV world kids are used to nowadays. It’s become really apparent just how much horror movies have changed over the years. They move along at a much faster pace and use a different style of language so we thought we needed to adapt the film so that it wasn’t just about our nostalgia for the original but more a case of making sure everyone who goes to the cinema today would appreciate it just as much.

SCREAM: Is that also why you’ve gone for a predominantly young cast?

JG: Actually, at one point, we were hoping to bring Naomi into the fold for a cameo to pass the baton on, but we felt that all the cameos we’d seen in recent remakes just felt tagged on and didn’t really add anything and tended to detract from the film. That was when we scrapped that idea and decided to start from scratch and look for a story that follows a younger group of characters. Having said that, the essence of Rings isn’t that far removed from the original. If you watch the original Ring, it starts out like a Wes Craven film where you have the girl watching the video with a friend and one dies and then Naomi’s character gets involved to investigate the mystery behind the tape. In Rings, we go back to where this urban legend all started: at High School, where people share videos and share all these types of stories. So we imagined what it would be like at a present day High School if someone were to find the original Ring video and convert it to a digital format and start making copies.

SCREAM: Talking of the younger cast, I recently interviewed Matilda and she told me how she sent her first self-taped audition thinking it was for a romantic movie or something and had no idea it was for a horror movie.

JG: Yeah. What really caught our eye when it came to Matilda was that she was a new talent and we wanted a fresh face rather than someone we’d seen in horror franchises before. She’s very pretty but it’s a very quotidian beauty so she had this “girl next door” look that we were looking for. She’s also a very sensitive person, but at the same time she shows so much inner strength and she really fights for what she wants to achieve. So we felt that she shared a lot of common personality traits with the lead character in the film, Julia. 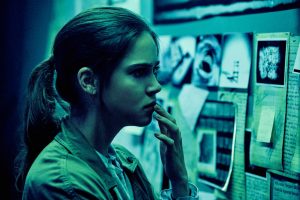 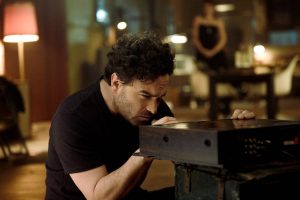 SCREAM: Matilda also told me how fascinated she was by the special effects in the movie. Obviously, you’ve used a lot more CGI this time round but you also spent all of 6 or 7 hours applying make up for Samara’s character. What proved to be the biggest challenge in terms of effects for Rings?

JG: Combining practical and visual effects was very complicated and thanks to today’s technology we can work all kinds of wonders when needed. But also, things that look really simple are nowhere near as simple as they might seem. For example, Samara’s hair. It’s not easy to have her hair covering her face entirely; it’s not easy to keep her hair damp all the time; it’s not easy to suddenly reveal her face at certain moments. All of these things, even the smallest details, require a lot of hard work and the whole team was great. Arjen Tuiten, who is essentially one of Rick Baker’s disciples, did a fantastic job, and then we had an amazing group of people working on special effects from a company called Atomic Fiction. And I can’t not mention the amazing work of the contortionist, Bonnie Morgan, who plays Samara. She is very much the perfectionist and came up with various ideas for Samara’s movements. We shot various takes of the scene where she comes out of the television and we used the one we thought would work best, but they were all so different and so good and I think they’d make great content for extras when the film comes out on home release.

SCREAM: To wrap up, you’re promoting Rings right now, but are there any projects you’re working on that you can shed a bit of light on. Also, as Rings opens the door to so many new possibilities for the franchise, can you see a sequel coming in the not too distant future?

JG: Aside from Rings, I am actually working on a new project but I’m not able to announce that just yet but it will be made public fairly soon. But, in terms of Samara, I’m hopeful that we’ll be seeing her again soon. If audiences appreciate this new take on the franchise and the film does well, I don’t think it’ll be long before we see a sequel. We’ve left a few doors open and we think we’ve left plenty room for the story to continue…

We’d like to thank Javier Gutiérrez for speaking with us and we’ll leave you with the latest trailer for the film. Rings crawls out of theatres around the globe today, February 3rd…