The Rift, Lost Solace and Through the Shadow Head to the UK 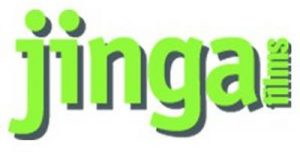 Thanks to the genre specialists Jinga and Kaleidoscope Home Entertainment, the UK and Ireland will be getting releases of sci-fi horror The Rift; which follows a virus outbreak that is triggered after a US spacecraft crashes in Serbia from director Dejan Zecevic and starring Ken Foree Katarina Cas and Monte Markham.

Also coming to UK and Irish screens is the sci-fi thriller Lost Solace; a mind-bending journey with a serial killer who starts to feel empathy after taking a psychedelic drug from director Chris Scheuerman and starring Andrew Jenkins in the lead.

The Brasilian horror Through the Shadow is also crossing the pond and that’s a supernatural tale about a suspected evil presence from director Walter Lima Jr. The story is based on the classic novel The Turn of the Screw by Henry James.

We don’t have confirmed release dates for these titles yet, but hopefully we’ll be able to get our hands on them next year.