Ridley Scott Touches on Going to “The Planet” in Next Alien

Even though Alien: Covenant didn’t work wonders at the box office and it hasn’t been confirmed whether he’ll be allowed to make a sequel, director Ridley Scott is still working on a follow-up film. Good on him, we say. Plenty of us are dying to know where the story will go, especially considering the dramatic ending with Michael Fassbender’s character in Covenant. 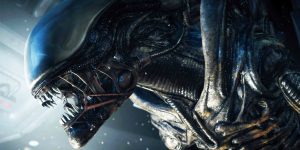 When speaking in a recent interview, Scott confirmed that the Engineers will return as they will be returning to their destroyed planet – uh-oh. Also, rather fleetingly, he said: Where we go next is obvious. We’re gunna actually go to the planet. In so doing…I’m not going to tell you the story!”

“The planet”, huh? And which one is that?! Who knows. We’re hoping it’s LV-426 from the classic Alien film, but we won’t be holding our breaths for that. Especially as Scott has frequently said there is a long way to go before this new Prometheus/Covenant timeline reaches the events of 1976’s Alien.

Let’s hope he’s given the money to complete his space tale, eh? More as it comes!