Donnie Darko has been fresh in everyone’s minds since the film celebrated its 15th anniversary with an epic re-release from Arrow Video last year. Director Richard Kelly also took part in Q&A sessions at the BFI in London after the film was screened in celebration of its anniversary. Imminently, it was considered whether Kelly would return to the Darko universe to create a sequel of some kind. When speaking to HMV, Kelly had this to say:

“I think there’s something much bigger and more ambitious to do in that universe. It’s big and expensive and I think there’s time to get to that. I want to make sure we’ve got the budget to do it justice and not to compromise anything. Another story in this world needs resources and we need to have that in place. I need to get my next film out of the gate and then we can go back and look at it.” 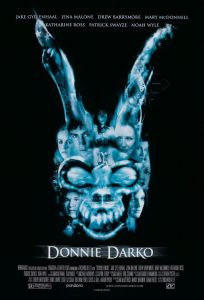 So the problem is the budget. If Kelly’s ambitions are so large that the film is going to need a heap of  money to make it possible, that is both a worrying and intriguing prospect. The beauty of the original Donnie Darko was in its technical simplicity. The film was made on a now minuscule budget of $4.5 million, yet still managed to feature some, albeit dated, but impressive effects for the early 2000s. Hopefully the big budget necessity is a sign of Kelly’s creative ambitions, but not a sign of a possible bombardment of CGI or potentially worthless effects and world building.

Whatever happens, I’m excited for another Donnie Darko. Anything to wash away the taste of S. Darko.