A favourite among VHS collectors and ‘80s horror aficionados, near-legendary label Vestron Video put out any number of strange and wonderful horror films in their heyday. It was announced recently that thanks to Lionsgate, the label has been revived and, as reported this week, will be heralding their mighty return with a long-overdue blu-ray release of the Barbara Crampton-starring cult favourite Chopping Mall. The extras-packed release is just the beginning however, with a handful of upcoming titles now announced. 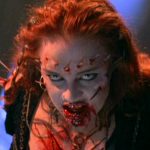 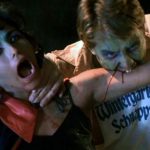 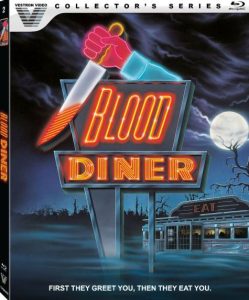 Released in the US alongside Chopping Mall on September 27th will be 1987’s bonkers cheesefest Blood Diner, a loose, sort-of sequel to Herschell Gordon Lewis’ gore classic Blood Feast. Like Chopping Mall, Blood Diner will come loaded with extras, including a commentary with director Jackie Kong, an interview with project consultant Eric Caidin and a whole bunch of featurettes with titles such as ‘Queen Kong’, ‘Scoring for Sheetar!’ and ‘You are What They Eat’.

Vestron has no plans to stop there however, having already announced further upcoming titles. These are: a double feature of Waxwork and Waxwork II: Lost in Time, Return of the Living Dead 3 and C.H.U.D. II: Bud the CHUD. 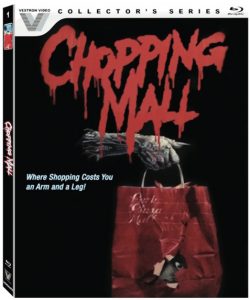 While no special features for these have yet been revealed, it’s never too early to get excited. The prospect of Brian Yuzna’s sublime Return of the Living Dead sequel on an extras-loaded blu-ray is one I’m struggling to remain calm over.

Clearly, Lionsgate and Vestron are going for the market currently dominated by the likes of Arrow Video and Scream Factory and the prices will reflect that, with suggested retail prices currently set at $39.99 for the first two releases. Still, it would take a stronger individual than I to resist those extras packages, although I certainly won’t be getting rid of my old Vestron VHS tapes anytime soon.